“Ammunition exhausted. God Save the King!” – last radio message from the 1st Airborne Division. Assault on Arnhem is an operational level wargame for between one and four players, based on the famous Operation Market Garden campaign in September 1944. Each player manages units in either the Allied or Axis forces fighting over the bridges leading to the Dutch town of Arnhem. The aim of the game is to either capture or defend the bridge objectives by a certain time in the game. Assault on Arnhe… 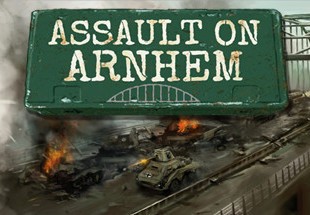