Trump Empire Cologne by Donald Trump 1.7 oz Eau De Toilette Spray for MenFew people have been able to achieve the same level of success as Donald Trump. If you want to exude success just like him, then you need to try the cologne called Trump Empire. It is a masculine scent that was first launched in 2012. 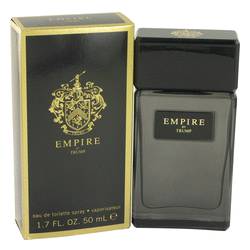